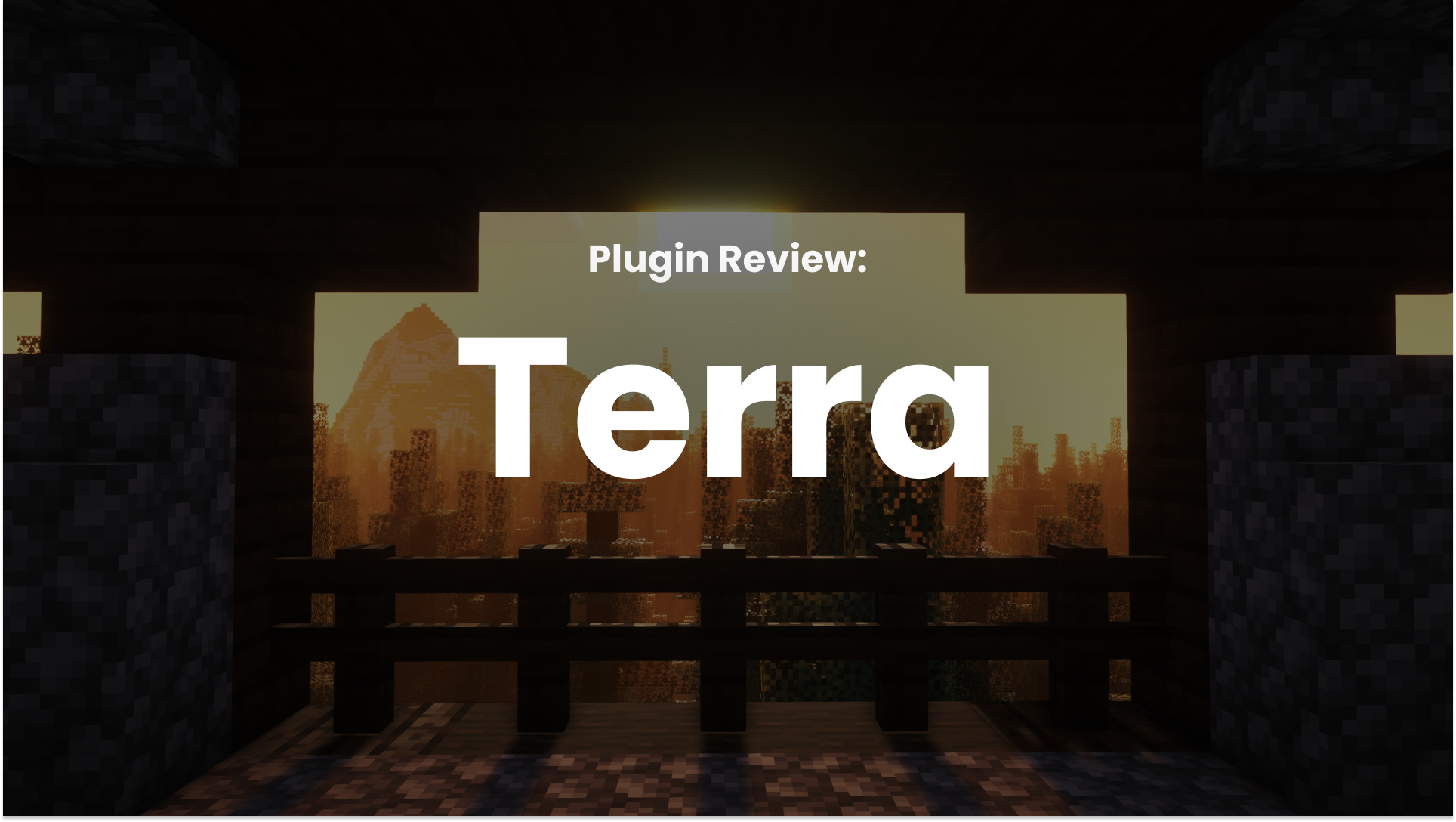 You can see the Terra terrain creation in action in the picture header on our website if you look attentively at it. It’s quite beautiful.

It’s true that the Terra plugin is extremely adaptable for your server; we mean it! Everything, from the biomes to the trees to the constructions to the caverns and cliffs, and more, can be customized. Despite the fact that I wish the configurations were more user-friendly, something that was simpler to understand for everyone. As an example, there is a configuration made by Valant1s which does this to a forest:

When compared to the vanilla look of Minecraft in the villages, the structure has a slightly distinct aesthetic feel. In addition, Terra enlarges structures, whereas vanilla constructions are often lower in size. Although sadly, the /locate command is not accurate at all when using Terra.

A cave was discovered while following a river and admiring the breathtaking scenery around it. In fact, the river pierced into the cave!

It appears that this was not intentional, but it does look wonderful because the cave generation has blended in extremely nicely with the rest of the terrain’s environment, but as we developers like to say: “ It’s not a bug, it’s a feature!”.